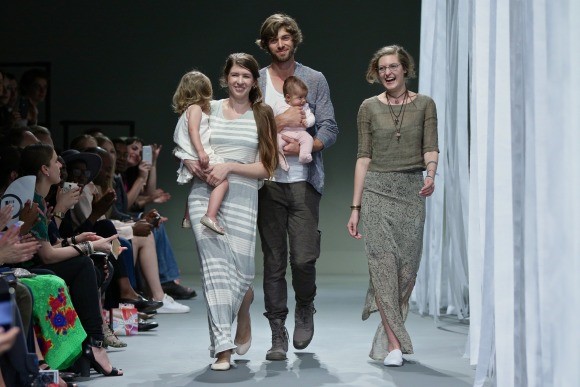 Elizabeth Galloway Academy of Fashion Design student Marli Fourie has just had the opportunity of a lifetime, co-designing a range that was shown at SA Fashion Week Autumn/Winter 2016 during October of this year.

Brought up in the Little Karoo town of Ladismith, Marli never consciously decided to study Fashion Design. From a young age she was always creating “clothes” by draping towels and cloth around herself; coming to Elizabeth Galloway was just a natural progression.

Having received her Diploma in Fashion Design in 2014, Marli decided to further her fashion studies by entering the Academy’s Advanced Diploma programme. The course runs over 1 year (full-time) or 2 years (part-time), and requires the student to specialize in a chosen fashion-related field. He or she then undergoes an internship with an approved industry player.

Marli chose to focus on Streetwear. For the practical part of her studies she went to intern at Non-European, an established label that has close ties with the Academy, owner/designer Tarien Erasmus, being an alumna.

“They were immensely welcoming and so supportive. I immediately felt like part of the family”, Marli explains. Admitting to not being partial to large impersonal corporate environments, the close-knit community at Non-European suited her to a T. Under the guidance received here, she grew her design confidence to the extent that she was able to initiate styles for evaluation and development by the team.

Tarien and her husband and business partner Louis have since offered Marli the position of assistant designer, which she accepted. Doing an Advanced Diploma in Fashion certainly opened doors for this hard working and talented young woman.

Some of the latest Non-European AW16 looks (all images courtesy of SDR Photo).