The Sun Met 2017: Elegance and Excitement

The Sun Met 2017: Elegance and Excitement

In January 2015 I attended the then J&B Met, Cape Town’s richest and most prestigious horse race, for the first time. I was hooked on the spot, and have subsequently not missed one.

I have since childhood been allowed to pick a horse for the Durban July, upon which my father would place a small bet in their office pool for me. Imagine my joy when “my” horse, the incomparable Sea Cottage* won me the grand sum of R1.50 in 1967! 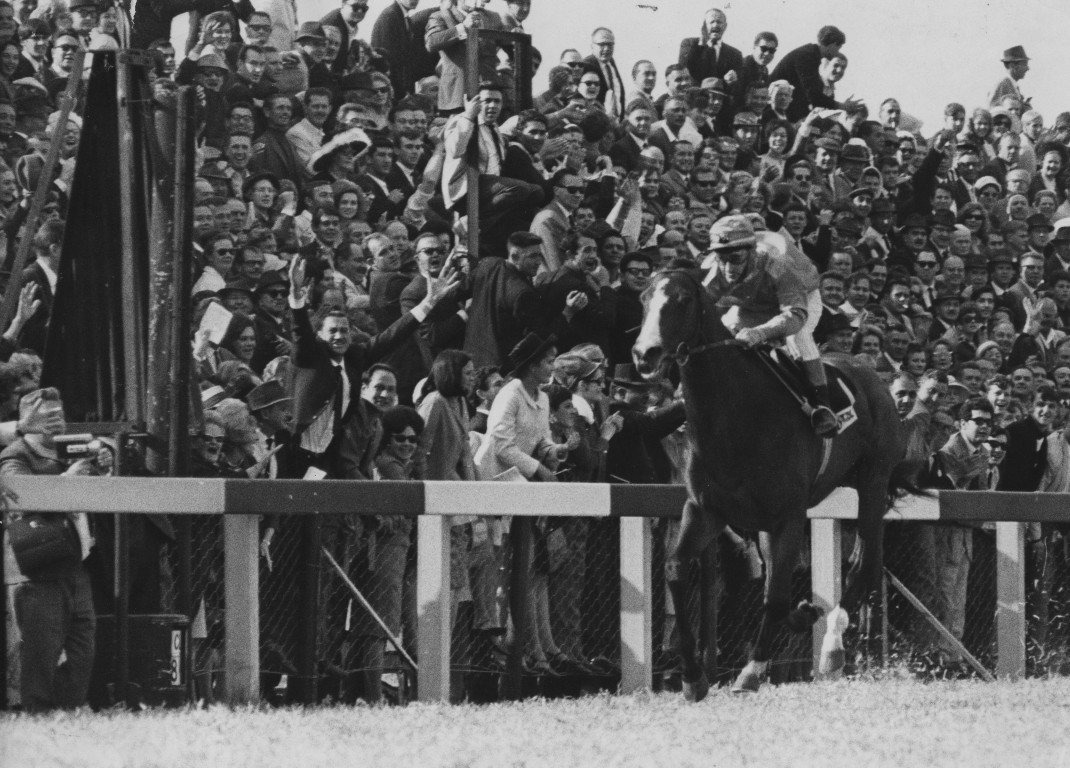 Sea Cottage running his last race before retirement in front of a packed rostrum in Cape Town in 1967. Note the elegant outfits of the ladies in the crowd.

Following horse racing on the radio as it was done then, or even television or the internet today, really does not compare with physically being at the track. Apart from the excitement generated by the actual racing and placing of bets (it is addictive, believe me), the big meets are social events where people go to see and be seen.  Fashion-wise, it is a feast for the eye. 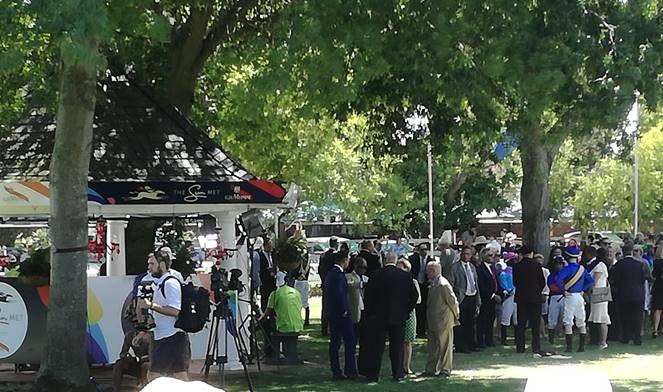 Owners, trainers and jockeys conversing in the centre of the parade ring before the race

The Metropolitan Handicap, or “Met”, has always been about dressing up. In fact, an important objective is to promote and provide a platform for emerging local designers. The fashion stakes are high, and thousands of rands are spent on outfits.

This year, Sun International together with G.H. Mumm Champagne took over as sponsors of the event, now known as the Sun Met. The chosen fashion theme matched their image. “Decades of Glamour” allowed fashionistas to reference any decade from 1920 to 2000. The female half of the best-dressed couple of 2017 wore an elegant gown by Merwe Mode, accessorized with an eye catching hat by none other than Elizabeth Galloway alumna Crystal Birch! 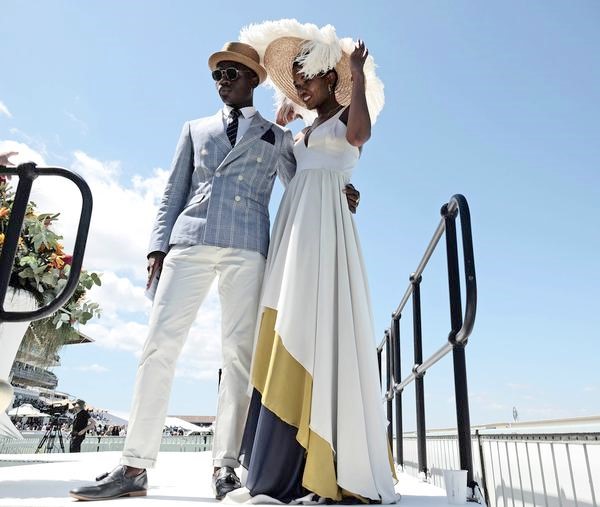 Here are some more glamorous ensembles, the first two randomly snapped by me, the others from the press. 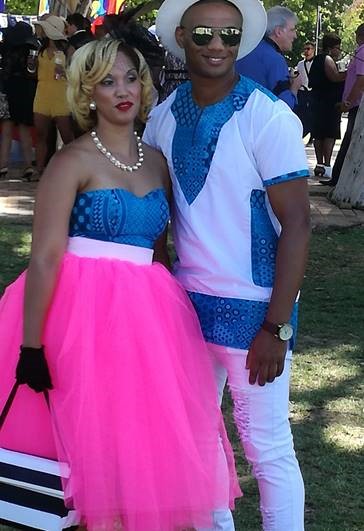 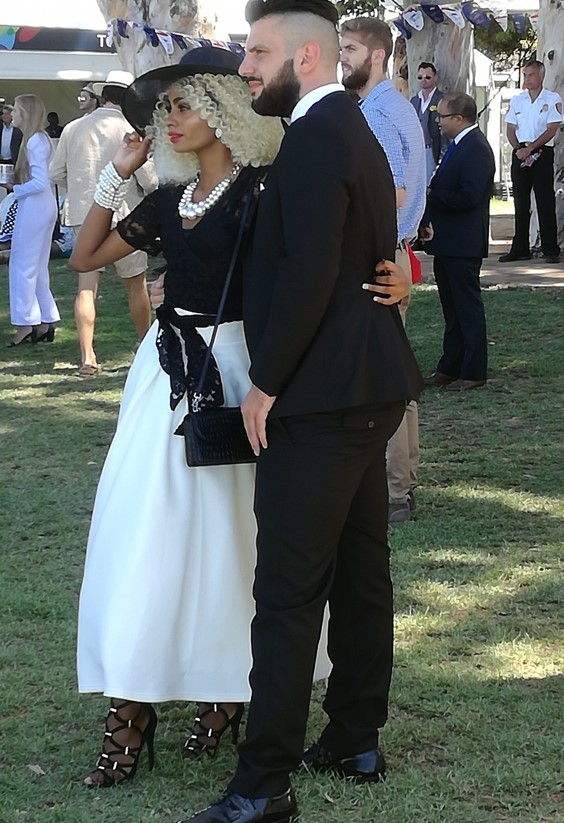 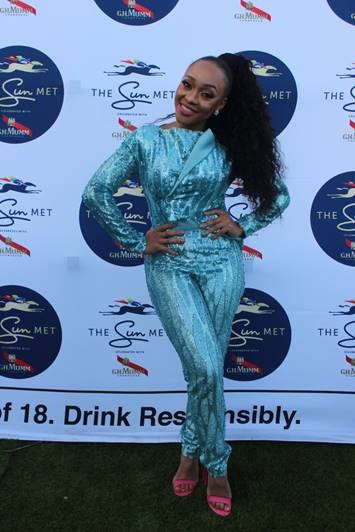 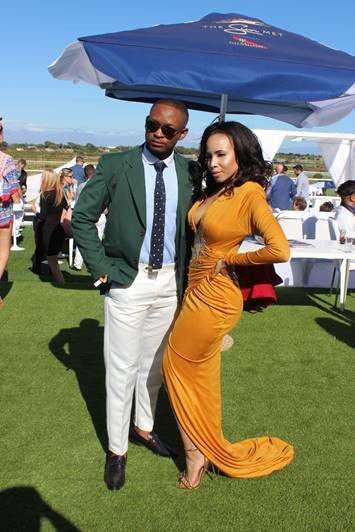 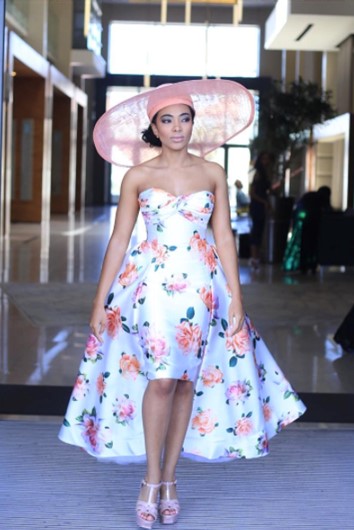 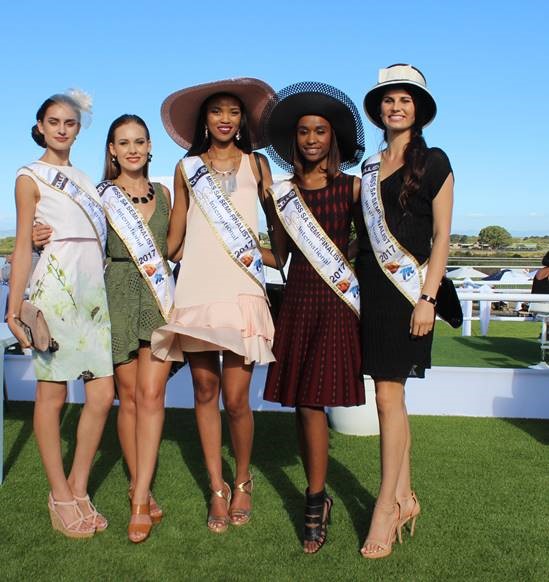 *Sea Cottage was shot in June 1966, but still managed to run a fourth place in the Durban July that year.