There was a time when all clothes were made by hand. Today, 200 years after the industrial revolution, clothing has become another victim of disposal society. 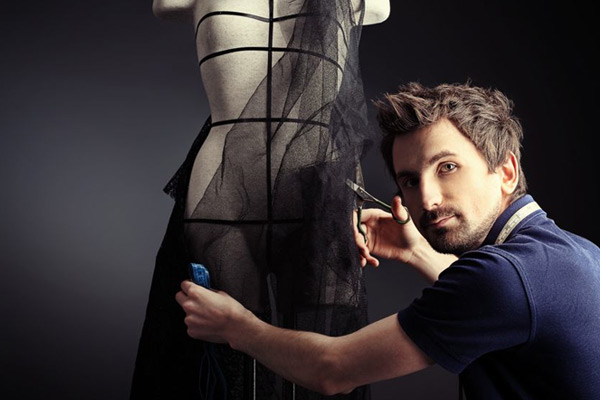 It was a time before factories, when all clothes were made by hand. Working-class people usually made their daily apparel themselves, with the odd piece, such as a Sunday-best suit, being acquired from a professional maker or vendor. As you rose up the social ladder, the “cut of your jib” (personal style) spoke volumes about your status and background. The notion of apparel being subject to fashion did not exist until factories, mass media and marketing were accepted parts of modern daily life.

After industrialisation, clothing became affordable to the working classes (which, in today’s world, is practically everyone). And, with clothing now a mass-market commercial enterprise, manufacturers of fashion needed to be aware of – and indeed stimulate and create – demand for their product. This meant keeping an eye on popular tastes and trends, simplifying the production method to make it competitive, and standardising production features (such as sizing). This, in turn, led to a new category of clothing: cheap, popular and intentionally disposable.

Disposable (or fast) fashion has become so pervasive of late, that a counterreaction has begun to emerge – consistent with values such as sustainability and delayed gratification. In simple terms, just as consumers will choose free-range chicken and eggs (for health and ethical reasons) over battery-produced products, so too will they shun synthetic-fibre garments, mass-produced in sweatshops halfway across the world. Rather, today’s fashion-buying public is becoming more and more open to standards of quality associated with old-fashioned values (such as individuality and durability). In short, customers are seeking products made by artisanal producers.

So, what is an artisan?

According to Wikipedia: an artisan is a skilled manual worker who makes items that may be functional or decorative. “Artisanal” is sometimes used to describe “handmade” and is bandied about in marketing and advertising speak as a buzzword to imply handcrafted and customized.

And what’s the appeal of artisanal apparel?

In a world of conformity, an artisanal product often justifies its higher price by being distinctive, individual and appealing to sophisticated tastes. This means, you’re not just buying a blouse, you’re buying a piece of “art”, if you like, which bears identifiable details of the designer who made it. Also, because artisans accept that their market will be a smaller one, they are more willing to include details and utilise processes that have limited – rather than – mass appeal. In a season when everyone is doing black, artisans will not shy away from, say, emerald green. They are also more willing to utilise production methods that are less cost-effective and can only be done in smaller quantities.

We’re not suggesting a return to the days where everything is handmade from scratch. Machine-made is wonderful. But, we are tired of throwing out bags of poor-quality, cheerless clothing year after year (and indeed season after season). Artisanal does not mean a return to antiquated values, it simply means choosing quality items, built to last, that represent high value for money.

Not only is the artisanal approach kinder to the planet (because it implies quality over quantity), it will also give you that warm glow of wearing an item that not every Joe is sporting.

What do you think of the artisanal approach to fashion? How many of your most recently purchased wardrobe items were fast-fashion garments, and how many were either vintage (used, secondhand, customised, or even hand-me-downs from your mom) or sourced from small-run, lesser-known makers who advertise quality as part of their brand identity? We’d love to hear your comments.