Some love them, some hate them. Sometimes they are out of fashion, only to become all the rage again a while later. What is it with hats?

Head coverings are worn for numerous reasons. They can offer protection against the elements or hazardous conditions, denote national, religious or social affiliations, form part of ceremonial garb, or are fashion accessories. In the past, hats also indicated social status.

Historically, hats have been around for a long time. The earliest surviving image of one is found in a Thebes tomb painting dating from about 3200 BC, and depicts a conical straw hat. Other early forms were the Pileus (a simple skull cap), and the Phrygian cap worn by freed slaves in Greece and Rome. The first known hat with a brim is the Petasos which comes from ancient Greece.

Women started wearing structured hats in the late 16th century, giving rise to Millinery (from the city of Milan, where the best quality hats were said to be made) as a woman’s occupation. Today there are many male milliners as well; Philip Treacy and South African born Albertus Swanepoel being two names that come to mind.

Most men stopped wearing hats out and about in the 1950’s, but self-respecting matrons continued the practice into the next decade. After that, hats were mainly worn to church, and in contrast, the races! Members of the British Royal family are perhaps the best known proponents of hat wearing, with the upper classes following suit on social occasions such as weddings, christenings and, of course, Royal Ascot.

In the entertainment industry, some movie characters have been identified by their hats. Think of Charlie Chaplin’s tramp in his bowler, the white stetsoned heroes portrayed by John Wayne, Crocodile Dundee’s akubra, and Indiana Jones sporting his trademark fedora.

Musicians have also employed hats to support their image. Nobody could wear a top hat like Marlena Dietrich, and Frank Sinatra made a trilby the epitome of cool. Bob Marley popularized the rastacap, while the plateau  became so synonymous with Stevie Ray Vaughan that it is also known as the “SRV hat”!

Female performers, when wearing hats, seem to prefer not to be restricted to one style. But on the other hand, if you are Carmen di Miranda, there is no limit to ways in which you can trim a basic turban. Lady Gaga is said to have had some of her hats made by Philip Treacy.

No discourse on hats will be complete without mentioning our best loved fictional and cartoon characters and their head-wear. Every child knows Little Red Ridinghood, Sherlock Holmes’s deerstalker, The Smurfs’ Phrygian caps  and Popey the Sailor Man’s sailor cap.

To my mind, however, there is one ultimate hat person in the universe: 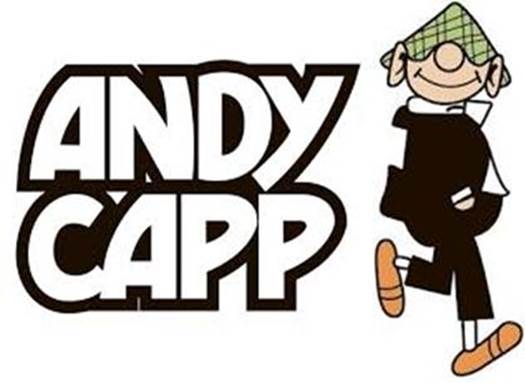 Try imagining him WITHOUT his flat cap!!!