In South African Fashion production, why is it that locally produced clothes often cost more than their made-in-China counterparts? And what effect does this have on the South African fashion industry? 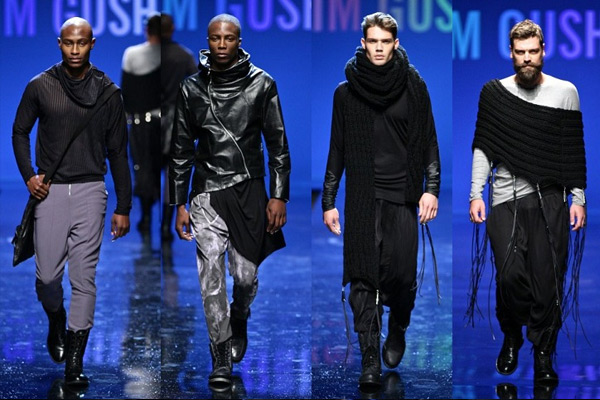 Okay, so this is a very broad, contentious and complex topic. We don’t propose to have answers, but some of the questions posed below will shed some light on the complexity of this dilemma.

Question 1: Why is it that I can go to London and buy a GAP T-shirt for £3 (granted, it was on a July sale), and come back to South Africa and the same item is twice the price?

Answer: The US clothing retailer, GAP, is aimed at middle America, which comprises a huge number of people. In this country, we don’t really have “a middle South Africa”. What this means is that it will always be cheaper to produce and market a T-shirt aimed at a billion customers, than it will be to do the same for a market of 100 000. South Africa will never have those numbers. This phenomenon is known as “economies of scale” – the ability to do things more efficiently when you increase the size of the operation.

Question 2: If we’re asking the South African person in the street to support local fashion, why do so many local celebrities make a spectator sport out of listing and proudly showboating their red-carpet Louboutins and Louis/Hèrmes/Prada/Gucci lifestyles and aspirations? Not to mention their latest purchases… Are our local stars not letting the side down by failing to shine a little light on the struggling local producer?

Answer: Absolutely. We need to nurture, embrace and celebrate our brilliant local designers, which include Thula Sindi, David Tlale, Colleen Eitzen, to name a few.
Having said that, South Africa does not have the haute couture culture that exists in the northern hemisphere. Remember when Kate Middleton stepped out in that navy-blue wraparound dress from Reiss on the day she got engaged? Reiss’s turnover increased tangentially in one fell swoop, and the high-street chain has never looked back. At home, in order to promote and advertise, the local producer has to pay through the teeth for every inch of column space they get. So, even if Lee Ann Liebenberg wears a Gavin Rajah ensemble to the Met, it’s not going to have the same traction as Kate Middleton in Reiss.

Again, it goes back to the numbers, and economies of scale.

Other issues to consider: Local manufacturers cannot ever hope to compete with the low-production costs found elsewhere in the developing world (think China, Pakistan, Cambodia, Philippines). Our human rights’ culture – which includes workers’ rights – is a constitutional achievement of which we’re proud. But clearly it does have its price…

In addition, local productivity – for various historical reasons – is notoriously low – another factor that raises production costs. And then there’s the issue of imported fabrics – which need to be sourced overseas or bought from a local agent (middleman), who understandably adds his cut. Again, sending production costs through the roof. It’s no wonder we can buy five Cotton On T-shirts for the price of one locally made and designed one!

So what is the answer: Are we doomed forevermore to buying fast-fashion garments that are made in China? Are we ever going to have the choice to buy locally manufactured clothes that reflect both our financial limitations and our fashion aspirations?

Well, yes, the obvious solution is a lean, mean artisanal fashion machine: when a brilliant idea germinates on Monday and within a week it is manufactured, marketed and on the customer’s back. But that is easier said than done, given the (relatively small) size of the South African fashion-buying market, the (relatively high) cost of production, and our irrational obsession with all things made overseas.