Towards Conscientious Consumption – my personal experience

I recently bought this yoga mat, when I could have paid R90 less for one by a popular sports brand. Why ever? 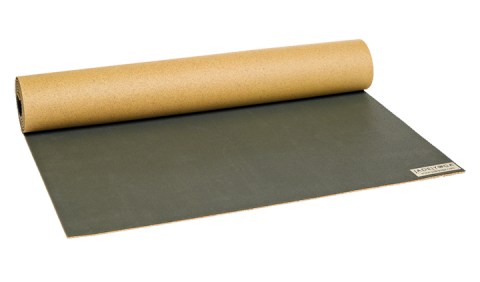 Well, a few weeks ago, Elizabeth and Derek suggested I write a blog investigating how the Fashion Industry can contribute towards saving the planet, as their visits to schools had revealed growing concern for the environment among learners.

I knew that the fashion business has a reputation for ‘eco-unfriendliness’, but once I started researching, I became cognizant of the hard facts. There are, for instance, the amounts of chemicals and water it takes to grow and dye cotton, the mountains of clothing ending up as landfill, the struggle of farmers in third world countries to gain just access to markets, and the unscrupulous labour practices that abound. It was all very depressing.

But there was also a positive. My newly acquired knowledge sensitized me to notice the ‘greener’ options available. I found, for example, that a local retailer of outdoor wear actually stocks a garment containing recycled materials. Another has introduced a range of clothing made largely from Fairtrade cotton, and in Africa. One international company, whose apparel is available in South Africa, has managed to significantly reduce the amount of water used to manufacture its jeans. I also learned about the Fairtrade movement, which helps developing countries by promoting environmentally sound farming and fair labour practices, as well as more favourable prices for their produce. My attitude towards shopping changed.

Now, I am no longer tempted to buy what I do not really need, just because it is “on a special”. It will probably only end up in the garbage anyway. I look for good quality that will last. When I do buy something, I study the label to see what it was made from, where and by whom.  I try to support those companies that espouse worthwhile causes.

Hence the yoga mat: It contains no PVC (a petrochemical), but only natural rubber (a renewable resource, plus this particular model is recycled rubber); production takes place in the USA and is not outsourced; the company pledges to plant a tree for every mat sold; and they also support charitable organizations – from a shelter for abused girls in West Africa to a homeless people’s shelter in Indianapolis, as well as educational programs for children. Worth the price difference, don’t you think?

Even my husband is being influenced. On Sunday we lunched out, celebrating our wedding anniversary. The wine was from a Fairtrade certified estate….