Pollution: a by-product of fashion?

Before the industrial era (circa 1750), clothing was sewn by hand; a painstakingly slow procedure. As a result, garments were valued, carefully mended or altered, handed on when outgrown, or worn until worn out. The still serviceable parts would be cut into patches for other garments, or used as rags for cleaning, etc. Very little went to waste.

Wool and cotton were spun, and cloth woven and dyed with organic dyes by skilled artisans operating from their homes. 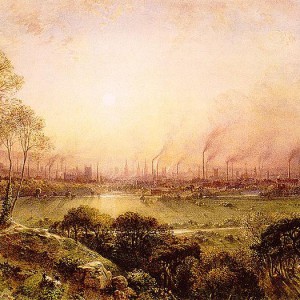 Birth of the clothing industry

Newly established trade opportunities increased the demand for manufactured goods. The Industrial Revolution with its mechanization of the sewing and weaving processes, made garments quicker to produce, cheaper, and more readily available to the masses.

With the advances came negatives, however. Machines were driven by steam, the water for which was heated by coal, resulting in the pollution which frequently covered the streets in a blanket of smog. Run-off from textile dyes, as well as other chemicals, started to contaminate the water.

Fast forward to the present…

260 years did not improve the situation, quite the reverse. In China, where most of the lower cost clothing we buy is manufactured, 75% of diseases are caused by lack of access to clean water. No wonder, as an estimated 70% of lakes and rivers, and 90% of groundwater in that country is contaminated. Cancer rates among people living along the polluted waterways are significantly higher than the national average. 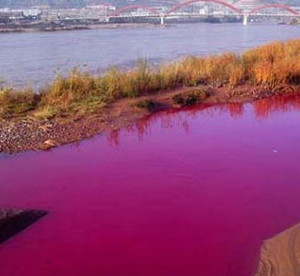 Nonylphenol ethoxylates (NPE’s) have been banned from detergents in the USA, and restricted in Europe, but are still widely used in other parts of the world. Washing releases residual NPE’s from textiles into the water. Alarmingly, a study conducted in the USA in 2011 found NPE’s in samples of clothing from 14 brands, among which Adidas, Uniqlo, Calvin Klein, H&M, Abercrombie & Fitch, Lacoste, Converse and Ralph Lauren. The good news is that during 2011, Adidas, Nike, Puma, C&A, H&M and Li-Ning, joined the Detox campaign, aimed at eliminating harmful substances from their clothing.

Maria Jonstrup, a research student at Sweden’s Lund University, has developed an environmentally friendly process to purify textile factory effluent. It has so far only been tested in a laboratory, but results are promising. 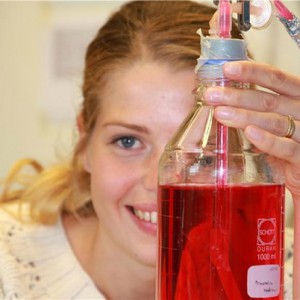 Colorep, an American company, has patented AirDye®, a process that applies colour to textiles without the use of water. Fabrics dyed with this technology has been used to create swimsuits for Miss Peaches Swimwear, handbags for JulieApple, T-shirts for A Lot To Say, and also by New York designers Costello Tagliapietra in their Spring/Summer 2010 runway collection. 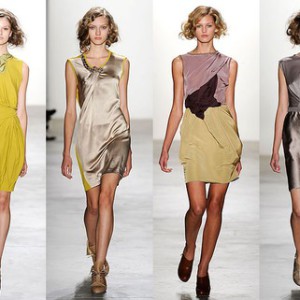 Garments from the Costello Tagliapietra Spring/Summer 2010 collection, dyed with the AirDye® process

Another Exciting concept is Catalytic Clothing, an innovation of artist and designer Prof. Helen Storey, MBE and scientist Prof. Tony Ryan. OBE. They developed a  photocatalyst which can be added to the wash cycle of clothing, enabling the fabric to break down air borne pollutants.

Next instalment: The environmental impact of various fabrics