In the past, fashion was the last thing any politician would own up to taking notice of, mainly for fear of being considered frivolous. Having their picture in the social pages of newspapers together with spouses on occasions like the Opening of Parliament or SONA, was as far as it went for most. But not any longer.

King George VI of the United Kingdom understood the importance of dress when he decreed that the young Princess Elizabeth’s wedding gown in 1947 should be made in Britain. The chosen couturier was Norman Hartnell, who subsequently not only designed the coronation dress in 1953, but went on to supply the Queen with numerous breath-taking creations over many years. 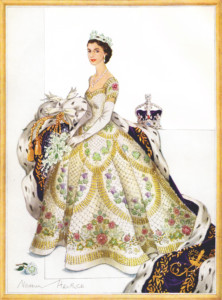 Elizabeth II has through all of her reign quietly supported her country’s fashion industry by her preference for local designers such as Hartnell, Hardy Amies and Angela Kelly. 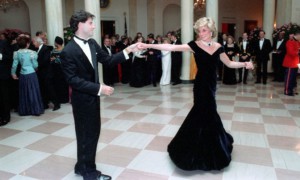 Princess Diana dances with John Travolta at the White House. The dress is by Victor Edelstein 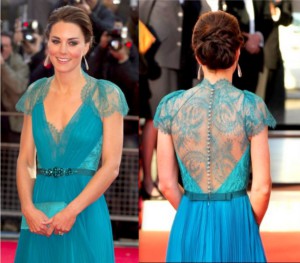 Across the Atlantic in the United States of America, glamorous First Lady Jackie Kennedy was the perfect representation of style. In 1961 she conquered France in strategically chosen Givenchy to the extent that her husband introduced himself to the press as “the man who accompanied Jacqueline Kennedy to Paris”. 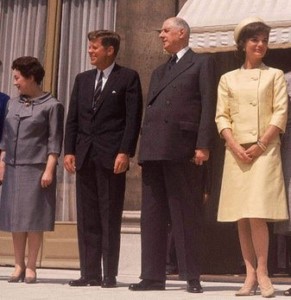 The Kennedys with Pres and Mme de Gaulle

US fashion designers were less than impressed. So much so, in fact, that a group of designers published a letter in the New York Times emphasizing how important it was that the first lady wears American clothes. “What better endorsement for our industry than to have a wonderfully well-dressed first lady?” asked Oscar de la Renta. This dictum is adhered to by the wives of subsequent presidents, none more enthusiastically than Nancy Reagan, whose extravagance did earn her some criticism. 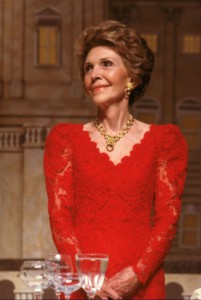 The advent of camera phones and social media has meant that a spotlight could be placed on any well-known person at any time, and views shared quickly and widely. Another factor to consider, is that more and more women are entering the political arena, and at higher levels. Females, having more sartorial options than just the (male) suit, are consequently also more vulnerable to being judged on their choice of clothing. New UK Prime Minister Theresa May’s collection of shoes is already a talking point among fashionistas, though she is careful to support British labels.

But what a politician wears is proving to be more than just a matter of good or bad taste, or even comfort. In an election campaign, image can make or break a candidate. They have to appear professional and trustworthy, immaculate but not extravagant. They also have to be able to connect with different groups within the electorate. It is no wonder then that US presidential candidate Hillary Clinton is pulling out all the stops. She is reported to have turned to Vogue editor-in-chief Anna Wintour for styling advice. “On certain occasions, Wintour has approached designers to procure outfits for Clinton, who has settled into a uniform of brightly coloured pantsuits and jackets by US designers“, according to the Business of Fashion . 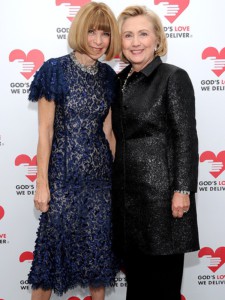 In South Africa, not much attention is given to the attire of politicians, other than the obligatory party colours. It would be good if prominent citizens are seen to wear locally designed and produced clothing, though. Our fashion industry needs the exposure.
Question: Could Political Styling become an important career in the fashion industry?