Fashion Revolution Day 2014 is to be commemorated on the 24th of April, and aims not only to honour the lives lost at Rana Plaza, but to help improve the lot of garment workers everywhere. This is how you help raise awareness. 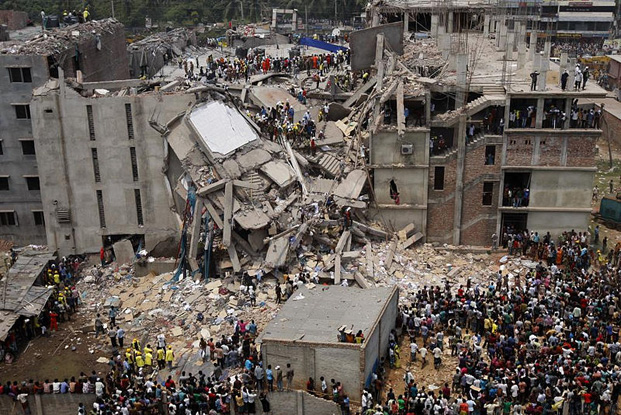 On April 24, 2013 in Dhaka, Bangladesh, a five-storey building housing clothing factories, a bank, apartments and shops collapsed, killing 1133 people and injuring a further 2515, in what became known as the deadliest accidental structural failure in modern human history.

I transpired that a building permit had only been issued for the ground floor, whereas the upper levels containing the garment factories were illegally added. These were not strong enough to withstand the weight and vibration of heavy machinery, and when cracks in the structure were discovered on the 23rd of April, 2013, inspectors ordered the building to be closed. The bank and the shops had already evacuated the premises days before, but the garment workers were told to return to work the following day or face dismissal. During the morning rush hour, the inevitable happened and the edifice collapsed.

This tragedy has caused the subject of ethical fashion to make headlines globally, as it starkly highlighted the inhumane working conditions of garment workers across the developing world. Badly paid, often working 18 hours a day or more, these (mostly) women, men, and frequently also children, are the unseen faces behind the clothes on our backs.

Fashion Revolution Day 2014 is to be commemorated on the 24th of April, and aims not only to honour the lives lost at Rana Plaza, but to help improve the lot of garment workers everywhere.

The theme for the inaugural event is “Who Made Your Clothes?”, and fashionistas are encouraged to on that day wear an item of clothing inside out, take a picture, and post it on social media under the hashtag #insideout.

Join in, show you care! 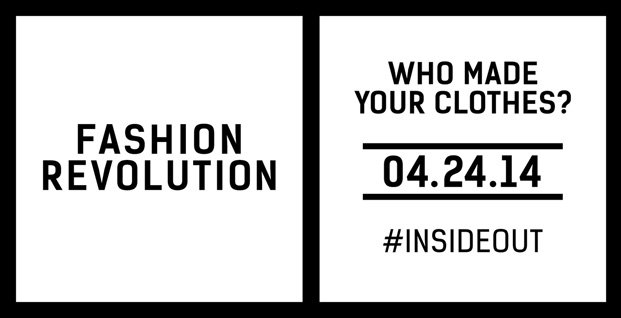